A person’s dress can reflect his inner value pursuit and life attitude, and when a group of people have a common dress style, it will naturally become a unified social fashion. Let’s take a look at the 18th-century Britain. At that time, the British dress style faced a choice between life and fashion.

If the society is in a stable state, then the change of the dress style of the clothes is weak. Only when the social order is seriously disrupted, the dress will change significantly, so sometimes, the dress is an expression of language.

It is conceivable that different choices have brought about a diverse pursuit of apparel consumption in the United Kingdom. Those who choose life and practicality think that the clothes they wear only need to cover their bodies. However, with the economic development and the progress of the textile industry, the British people’s clothing consumption has a more advanced pursuit. For example, the shape of clothing must be fashionable and must meet the public’s aesthetic. At the same time, it needs to be beautiful and elegant. Therefore, during this period, the British’s change in the consumption concept of clothing actually reflected the role of society and many other factors.

1. The social revolution in Britain in the 18th century spurred economic development, increased people’s wages, and at the same time stimulated people’s desire for consumption. Clothing consumption began to change from “life” to “fashion”.

As mentioned above, costumes will only change dramatically when social changes occur, so the change in costume consumption is also a response to social changes. This was the case in Britain in the 18th century. After the bourgeois revolution, more and more people began to pursue liberalized clothing. But these are just superficial phenomena, which also contain a series of social factors such as economy and politics.

As early as the end of the 17th century, the development of the British handicraft industry, especially the textile industry, suddenly emerged. Due to the accumulation of agriculture for a long time, the raw materials used for textiles have been greatly improved. It is not optimistic that there was a severe famine in Britain at that time, because most of the land was used to grow cotton, linen and other textile crops, while ignoring the cultivation of food, so the earliest social revolution started in the agricultural field.

The agricultural revolution adopted the method of open source and throttling. Open source means the introduction of new agricultural products and advanced farming techniques of agricultural products; throttling is the largest scale cultivation on limited land. Through unremitting efforts, the British approach not only solved the famine in the country, but also emerged early new capitalists among farmers who produced large amounts of food.

In the 18th century, after the accumulation of agricultural capital, with the continuous acceleration of industrialization, the agricultural revolution spread to the city’s commerce and handicraft industry, triggering a larger economic revolution. At the same time, the process of commercialization in the United Kingdom has begun to develop rapidly, driving the marketization of living materials, and clothing is a visible change.

The clothes originally made of sackcloth were rough in texture, wearing on the body caused great wear on the skin, and the color was monotonous, so most of the British people also ridiculed the clothes at that time just to meet the needs of life and distinguish them from the original nude era. However, with the continuous acceleration of the commercialization process and the promotion of the economic revolution, the production process of apparel has been improved, and the raw materials for the production of clothes have also been changed from linen to cotton.

According to the analysis of historical data, there were a total of 1.5 million households in Britain in the 18th century. If the class is divided according to economic income, there will be 1 million households in the middle class with an annual income of 40-200 pounds, accounting for nearly 2/3. This shows that the British middle class is the main group of British consumption.

There is no doubt that an affluent economy allows people to expand the scope of consumption, and is no longer limited to food consumption, but can meet the external consumption of personal value, such as clothing. In addition, the labor income earned by workers’ labor also makes them another major group of social apparel consumption.

It can be seen from this that the change of the British people’s apparel consumption concept in the 18th century was driven by social changes and completed the transition from “life” to “fashion”.

In fact, the change of the British people’s view on consumption of clothing, before choosing a more lively and practical clothing, on the one hand is indeed limited by the simplification of clothing, but at the same time also because the consumer spending power is sluggish; and the pursuit of fashion clothing , Is a consumption phenomenon that appears only after having stable economic income.

According to the general value theory, the higher the income, the more capital and ability to pursue fashion, thus forming a social trend of fashion, otherwise it will be the opposite. This is a truth everyone understands, but is it really the case in the UK?

There is a record in British Dress: “There are very few countries like the United Kingdom. It is so common to wear wigs, even servants, farmers, countrymen, and workers wear wigs every day. When he asked why The answer given by the British is habit and fashion.”

Therefore, the 18th century British people’s consumption of clothing has become a habit, and this habit is spread from the British high society. You should know that the British attitude towards clothing has become the endorsement of the class. In their view, clothing is a symbol of identity, and the clothes worn by different classes are also different. For example, only nobles and royal families can use high-end clothes such as silk and goose down, while ordinary people can only stay away.

The long-term class oppression has made the British public have obvious rebellious consumer psychology. After the British bourgeois revolution, the middle class, which is the main force of domestic consumption, has made retaliatory consumption for a time. The royal costumes to show their economic strength and political status.

Of course, buying clothing is not enough. According to the survey, the average income level of ordinary British workers in the 18th century was three times the minimum living standard, which means that most British people are fully capable of paying for other living expenses in addition to their basic living needs. Although there were some impulsive retaliatory consumption behaviors at the time, it was not possible to deny other actual consumption behaviors.

For example, the working class in the UK will wear different clothes according to different scenes. When working, they will wear simple and comfortable work clothes; when attending dinners and other important festivals, they will wear more luxurious fashion clothes. Therefore, the choice of clothing should match the actual living environment.

All in all, the consumption of British clothing in the 18th century was both impulsive and rational. But no matter what kind of consumption behavior, its essence reflects the continuous improvement of the living standards of the British people. It is a consumption phenomenon that matches the reality of British development, and it is also a reflection of the consumption concept with the characteristics of the times.

3. The difference in the consumption concept of different people’s clothing has created a variety of consumption behaviors, which virtually constitutes a popular aesthetic consciousness, but the pursuit of fashion consumption should also be within our ability.

Judging from the above text, consumption concepts in different historical periods are different. Even in the same period, different consumer groups or consumer classes have different consumer behaviors. Although the concept of consumption is different, in terms of the internal form of expression, they have the same aesthetic pursuit. This is true of both the working masses and the middle class with certain economic strength.

The same is true of women. The pursuit of fashion clothing can show their unique tastes in life and play a certain role in helping them marry into the wealthy. The above actions are nothing more than packaging themselves with clothing to achieve some unspeakable attempt and purpose. These changes in apparel consumption concept came from the British social revolution, but also reflected the British human environment at the time.

As a kind of life consumption, the main purpose of apparel consumption is to satisfy people’s vanity. In the 18th century, the British believed that apparel and class had a certain connection, so naturally there was a combination of apparel to show their identity and status. With the development of society and economy and people’s admiration for currency, the domestic consumption tendency of money has formed.

Obviously, the 18th century British people’s view of clothing consumption is more between life and fashion, preferring the latter. All in all, the concept of consumption is not static. It will change to some extent with the changes of the times. No one can predict what the future concept of consumption will be, because it will eventually be a question of history and time. Therefore, we must use history as a reference, and even in today’s economic prosperity, we must establish a reasonable consumption concept. 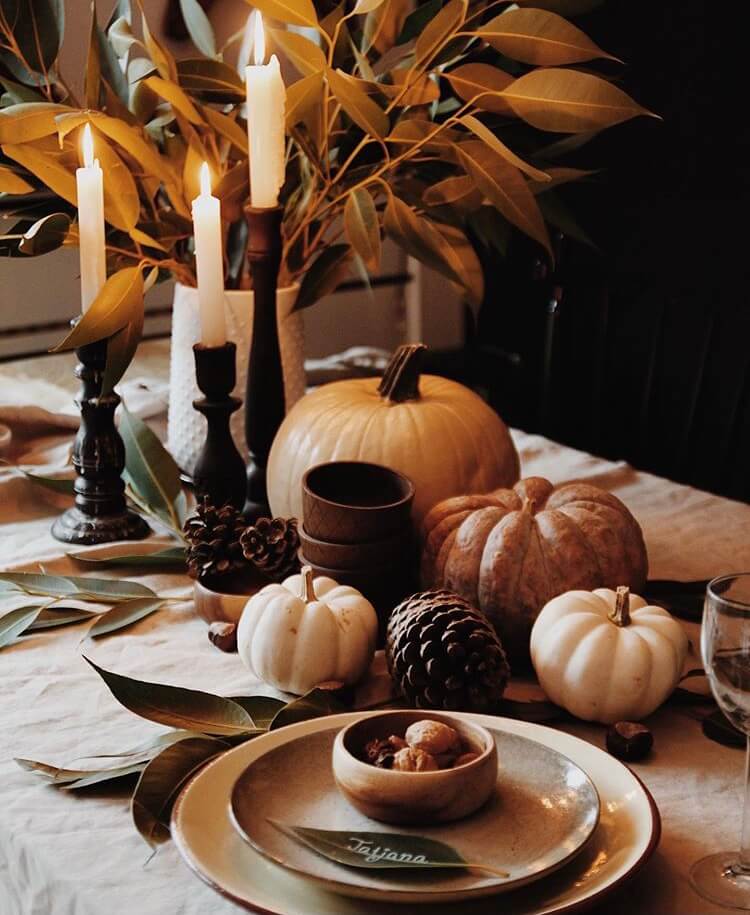 For such an important holiday as Thanksgiving, delicious food is… 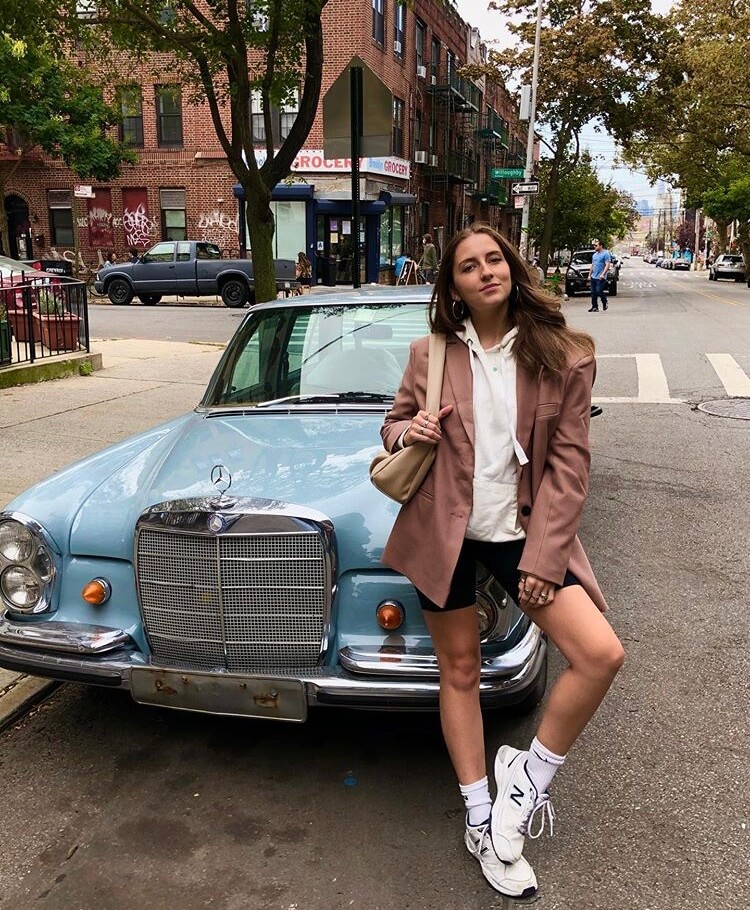 With the gradual drop in temperature, it is time to…

For the most powerful people, they still need constant encouragement….