The beautiful birds are so impressive that most of the time we can only watch them from afar. Sometimes we are lucky enough to pick up a fallen feather and it’s like winning a lottery. When we look at these feathers up close, we are usually amazed at how beautiful they are and how they have a very strong design aesthetic.

Feathers come with a sense of magic and fantasy, gaining the love of millions of people and are one of the most popular elements used by designers. In the field of jewelry design, people have been using feathers for jewelry since ancient times, and today, on the red carpet of international fashion shows or at trendy parties, feathered jewelry is still a regular sight.

In ancient times, when people learned to decorate themselves, they began to use the most accessible, bright and beautiful feathers. The crown of Elizabeth Taylor in the movie Cleopatra has appeared in some reliefs and paintings, depicting Cleopatra’s wearing crown-like ornaments designed like feathers.

Let’s turn our attention to ancient China, where feathers were adorned on hats, at a time when they symbolized the rank and file of a character in the palace, and where social status was immediately apparent at the sight of the feathers.

In the West, the quest for feathers was even more intense for royalty, as French diplomat Louis Dutens Louis Dudens once commented that the Duchess of Georgiana “When she is present, all eyes are drawn to her; when she is absent, all eyes are drawn to her. The Duchess of Georgiana is a woman I admire, with feathers in her hair. Always exaggerating over 4 feet long and excelling at infecting others with her unique confidence and charm. I wanted to design jewellery for such a woman that could not be replicated.” This design by the Duchess of Georgiana also represents the independent, trend-setting woman of the 18th century who was unconstrained by tradition.

Up until the good old days of the late 19th century, aristocrats often used feathers as an accent to their outfits, emphasizing the importance of this headdress. This feathered hair ornament was frequently seen at balls of the time, and when it danced with the body, it looked very elegant! And became the focus of attention.

In addition to the many different types of feathered tiaras, there was also the simple “Egret Crown,” which was very popular with the high society at that time, and was used by socialites to adorn hats and hair accessories, and could be removed and combined with various feathers.

Another famous feather brooch is the Prince of Wales brooch, owned by the Duke of Windsor, a well-known figure in the jewelry world and formerly known as the “Prince of Wales”.

The origin of this image of the Prince of Wales feathers goes back to the 14th century. It is also one of the oldest and best known symbols of the English Royal Coat of Arms, with the traditional standard pattern of three ostrich feathers wrapped around the crown. Underneath is a royal blue ribbon that reads “Ich Dien”. The Prince of Wales brooch in the Duke of Windsor’s hand is not of royal origin, but a custom-made gift to his wife, and very luxurious.

The second owner of the Prince of Wales brooch, Elizabeth Taylor, also loved the brooch very much. The lady’s friend was very praised when she saw her wearing it. Years later, the Duchess of Windsor passed away. At the relic auction, Taylor photographed the jewelry at a high price and said “It means a lot to me.”

Almost historic jewelry brands will choose to design feather jewelry as one of the masterpieces.

Beautiful things are always the inspiration source for the world. Chanel’s avant-garde feather elements and Boucheron, which is good at depicting nature, and jewelry brands such as Van Cleef & Arpels and Tiffany & Co. also have their representative feather jewelry works. It can be seen that feather jewelry has been It is a timeless classic.

The asymmetric, non-closed, simple and smooth round collar was Boucheron’s absolute leading creative design at that time. The designer must find the balance point of the neck curve and control the center of the necklace to the clavicle to make the necklace stable when worn on the chest, the overall necklace shape and craftsmanship are extremely high.

This design also effectively liberates women to some extent. When the necklace does not have the button behind it, women no longer need to ask someone for help, they can easily and elegantly wear the necklace.

For more than 100 years, Boucheron’s feather question mark necklace is still a timeless jewelry design. Today’s urban women can match it with a suit or trench coat, elegant and high-end.

In the movie, the heroine Daisy’s luxurious and shining ball dress is matched with Art Deco style jewelry. The costumes are decorated with a lot of sequins, diamonds, crystals, etc., pushing the decorative arts to a new level.

Daisy wearing Tiffany & Co.’s customized diamond feather hair band is still regarded as a classic. The use of lines, symmetry and geometric figures, with a sharp contrast, is very eye-catching!

Coco Chanel once said: “Even if you are born without wings, but it can’t stop you from flying.” Light and soft feathers are one of the classic elements in the design of the Chanel brand. When Ms. Chanel first appeared in a fashion magazine, she wore a bowler hat decorated with colored feathers on her head. She was particularly fond of this design element.

With the theme of feathers, Chanel’s third participation in the Paris Antique Biennale was inspired by the diamond jewelry series published by Ms. Chanel in 1932. At that time, Ms. Chanel wrote in the media publicity manuscript that was first exhibited in the series: “I chose diamonds because it contains the greatest value in the smallest volume. At the same time, my love for the brilliance inspired me to base on diamond jewelry The perfect combination of elegance and fashion.”

In Ms. Chanel’s design, using diamonds to show the lightness of feathers is also extremely important in the design.

This piece from the manuscript of Ms. Chanel’s 1932 “Diamond Jewelry Series”, the diamonds are paved with flying feathers, and the light and vertical are embellished by 8 carat drop-shaped diamonds and 2 carat rose-cut diamonds. The texture of the pendant is perfectly integrated, and it is an amazing work in any era.

In literary works or legends, feathers are always given a special meaning, which inspires jewelry designers. For example, Van Cleef & Arpels’ feather brooch was inspired by the “Three Feathers” of the Brothers Grimm. In fairy tales, the king blows three feathers into the air, directing the three princes to find the token that inherits the throne.

Based on this inspiration, the jewelry designer designed two feather brooches with overlapping feathers, one of which is alternately inlaid with blue, purple, pink and yellow sapphires, showing a gouache-like color; the other is paved with diamonds Under the colored feathers, it is more transparent and bright.

No matter diamonds, rubies, sapphires or pearls in the design of “Three Feathers”, every gem is compatible with feathers. The designer tells this story through clever details, and the beautiful works presented are also attractive to watch. The audience, according to the direction of the little prince in the story, through down-to-earth efforts, have achieved good results.

How do hard gems achieve feather lightness? This is the most challenging goal. Its production process takes Cindy Chao’s holy feather brooch this year as an example. The hard titanium is inlaid with a weak emerald, and the chance of damage is as high as 40%!

In order to highlight the feather shaft set with yellow diamonds, Cindy Chao specially chose black ink as the base material, and also developed 16 movable parts with 18K gold embedded, which on the one hand support the feathers, on the other hand also allow the feathers to move. Coupled with details such as the level of feathers and curved curvature, we have this brooch that we see today.

The creation of the first Black Label Masterpiece Masterpiece by Cindy Chao “Feather Series” undoubtedly took a lot of time and energy to make this series have a stunning debut. After 6,072 hours, more than a year and a half will ponder the work The overall weight of shape, organ and inlay method is only 36g, and it has absolute say in lightness.

The golden feather brooch is set with 1,023 yellow diamonds, nearly 90 carats, dozens of shades and cuts that are found in collections around the world, including Fancy Vivid Orangy Yellow, which is extremely rare even at the auction Diamond (2.03 carats) and Chameleon Diamond color-changing diamonds (2.47 carats).

Calvino once said, “Everything that is light will show great weight behind it.” This little feather jewelry has attracted the learning of many jewelry brands and set off a fashion trend from generation to generation. I believe that with the development of technology, jewelry designers will continue to write legends. 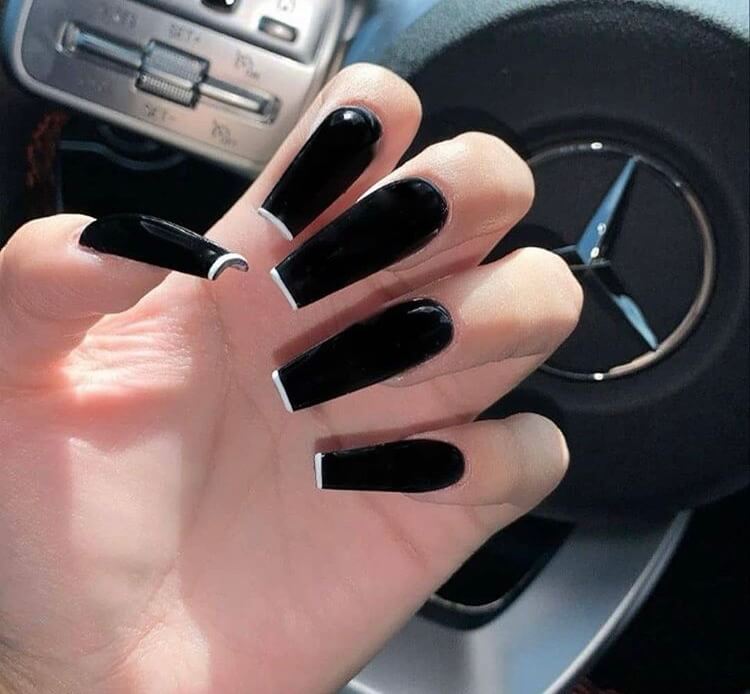 Are you imagining the next style of manicure? You might… 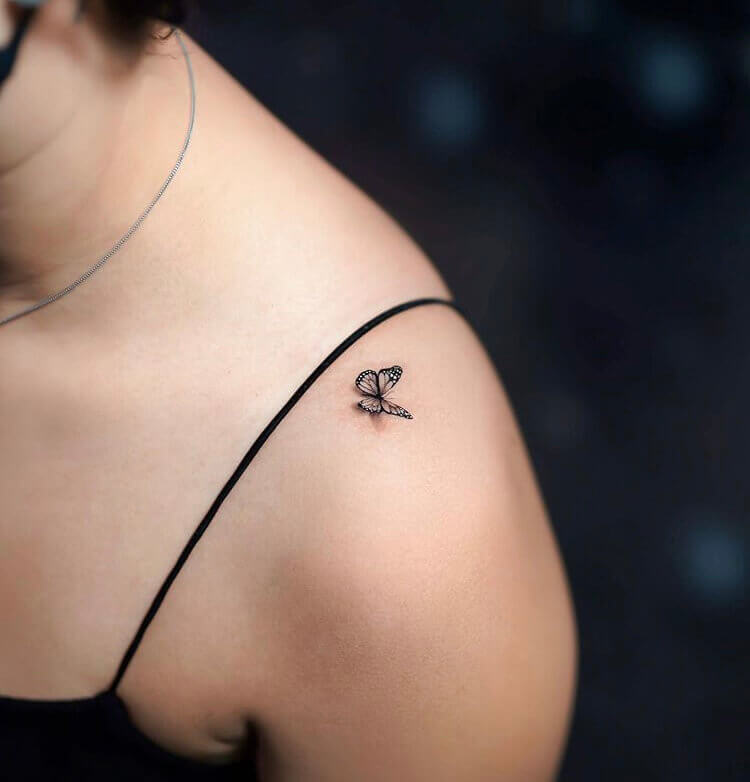 Madam, if you are trying to add a tattoo to… 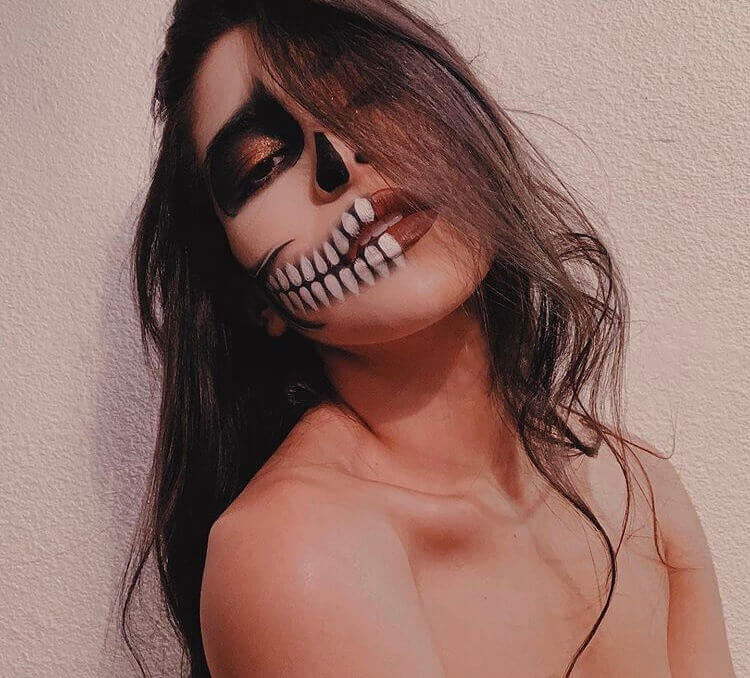 It is very important for women to find cute or…